One of the highlights of the project was the delivery of three soft starters on board to limit the start-up current draw of heavy users such as the bow thruster and jet pumps; and so moderate their effect on the electricity network.

Alewijnse has successfully completed the electrical refit of the TSHD Samuel de Champlain. The vessel has been converted from diesel-electric propulsion burning MGO to dual-fuel capability combining LNG and MGO, and is the first conversion of its kind in Europe to take place on a dredger. The works on board started in the autumn of 2018 and took place at Damen Shiprepair Dunkerque (DSDu) in France.

The conversion project included the installation of two LNG tanks on the hopper deck and the replacement of the three existing diesel generator sets with three dual-fuel generator sets. DSDu contracted Alewijnse Marine, a global player in maritime electrical systems with over a century of experience, to undertake the engineering and installation of the electrical systems on board the Samuel de Champlain.

The electrical works included upgrading the power management system (PMS) and the alarm and monitoring system (IAS), replacing the fire detection system and then undertaking the cabling, connection and testing of cables for the new equipment. In addition, Alewijnse provided and installed EX lighting in the gas zones, an upgrade of the camera system, a new gas detection system and new soft starters for the jet pumps and bow thruster.

One of the highlights of the project was the delivery of three soft starters on board to limit the start-up current draw of heavy users such as the bow thruster and jet pumps; and so moderate their effect on the electricity network. The challenge was all the greater due to the LNG generators, which generally recover slowly from an increase in workload. The Alewijnse specialists, with a lot of experience in the field of drives, advised the use of soft starters and tested the correct control characteristics with a simulation, which meant that less time was required for commissioning.

We are proud that we were able to support the client with knowhow based on experience and to minimise the risks. There was good collaboration between the customer and the Alewijnse sales, engineering, project execution and expertise centre departments.

With the project for the Samuel de Champlain, Alewijnse has reinforced its already strong position in the installation market for LNG and dual-fuel propulsion systems. At the end of 2018, the company supplied the complete electrical outfitting for the ground-breaking Bodewes LNG tanker BN803 Coralius, the first purpose-built LNG bunker and feeder vessel to be built in Europe. Another project has been the complete electrical installation on board DEME's Living Stone, a new, innovative cable-laying vessel equipped with dual-fuel (MGO / LNG) propulsion, that is considered to be one of the most productive and efficient cable layers in the world. Currently, Alewijnse is working on the complete engineering, supervision and commissioning of the electrical installation on board a Baltic LNG bunker vessel that is being built at Damen Yichang Shipyard in China.

Working with the fuels of the future

Samuel de Champlain is a 117-metre, 8500m³ trailing suction hopper dredger, owned by GIE Dragages-Ports, based in Rouen, France, and operated by the port of Nantes-Saint-Nazaire. Her conversion is part of an EU-supported initiative to promote LNG propulsion in short-sea vessels operating along the European Atlantic coast, supported by funding from the European Commission’s Connecting Europe Facility programme. Its goal is to demonstrate the feasibility of using LNG as a fuel on smaller vessels, and allow GIE Dragages-Ports to fulfil its mission of optimising costs via lower fuel bills and less engine maintenance, while at the same time delivering greatly reduced emissions of CO2. 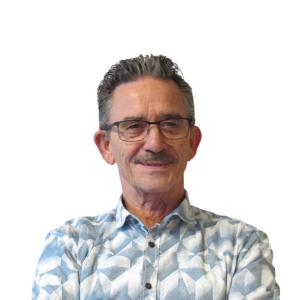