Alewijnse and Fibr8 are 'ready to shine'. The two companies are jointly bringing the latest lighting technology to superyachts and other vessels of all types.

By sending laser light through super-thin and flexible optical fibers, Alewijnse and Fibr8 can create a powerful interplay of light along the exterior lines and superstructures. Extremely sleek and subtle, the fibers create the most spectacular light effects. It is the latest technology that has the ability to surpass the advantages of traditional LED linear lighting.

The history of Alewijnse began with lighting. It started out as a light bulb factory in 1889, and today it is a leading system integrator of electrical solutions on luxury yachts, large naval vessels and complex dredging and offshore vessels. Lighting has always been the common thread throughout. It can transform the look and feel of a ship or industrial environment into any atmosphere imaginable at the touch of a button.

In addition to its exceptional appearance, this innovation also offers many other advantages, such as the application of long light lines of up to 120 meters, relatively simple and inexpensive maintenance - because all the technology is concentrated in a separate box - and energy savings compared to traditional LED lighting. Alewijnse COO Tom Milder says: “This is a spectacular innovation with endless possibilities for now and the future.”

While Alewijnse has been an innovative force in electrical and lighting systems for 130 years, its brand new partner Fibr8 has existed for only seven years, but its progress has been unparalleled. It started as an initiative of Infraconcepts in 2015 with the idea for laser lighting via fiber optic cables to solve problems associated with LED strips. The company has subsequently been successfully scaled-up and has been applied  to innovative exterior lighting projects such as the world's longest motor yacht in the sub-500 GT category at a leading yacht yard, an engraving in the deck of a yacht for a member of the Dutch royal family member, and special facade lighting and architectural art projects.

The possibilities for the maritime sector are endless," says Arjan Visser, CSO at Fibr8. "We have devised the exterior lighting for a large yacht, but the technology can also be used for light lines on a deck to indicate a path or contours, or permanent lines to mark out helicopter platforms. Because  the light lines themselves are  virtually maintenance-free, they are especially interesting for places on board where it is difficult to carry out maintenance."

Fibr8 is the first and currently the only company in the market to successfully manufacture lighting via fiber optic cables for distances of more than 25 meters. The company works closely with Corning, the inventor and leading manufacturer of fiber optic cables. Kees Wouters, CTO of Fibr8 and creator of the Fibr8 light lines, worked until 2015 for Infraconcepts, a distributor of Corning in Europe.

"At the time, demand from the maritime market for alternatives to LED strips came along with the innovation of Corning, which had been working for a number of years to make light lines out of fiberglass. The innovation here was to use not the end, but the length of the fiber optic cable for lighting. The laser beam is focused precisely on the core of the fiberglass, while a translucent nanostructure is applied along the entire length of the cable. By controlling the exit of the high-intensity laser lighting, a beautiful thin line is created."

To bring the innovation to the market, the spin-off Fibr8.com B.V. was founded. "We built the system around it, such as the laser, proper electronics, laser cooling, power converters, special profiles and options for glass fibers and profiles, depending on the application. A lot of high technology is involved here, because the connecting has to be done in a very precise way. We are therefore proud that Fibr8 was the first to succeed in realising laser light lines at longer distances."

New partnership for the maritime market

The start-up has grown rapidly in just seven years. To further expand the business, Fibr8 was looking for a party in the market for integrating the lighting systems on board yachts and other ships. With Alewijnse, the technology developer has opted for a major player in the market, with a broad knowledge and experience in electrification and automation for the maritime sector.

Arjan: "Alewijnse is an ideal partner for us. A reliable and well-known party, with a long history in the maritime world. As a system integrator, the company is an important link in the ship development process. They are close to shipyards and involved in the early stages of a project, as well as in the later phases of engineering, installation, commissioning, maintenance and service. In addition, Alewijnse can use its broad experience in the maritime sector to identify and test new product-market combinations. Our companies are also a good match. We are both solid, technically capable, results-oriented and highly committed to quality."

Tom Milder, COO at Alewijnse adds: "We enjoy working with a young company like Fibr8. In this way we continue to rejuvenate and can continue to surprise our clients with new products. Alewijnse is already a specialist in lighting, but by partnering with Fibr8 we can complement this with the latest and greatest laser lighting offerings. Together we form a perfect combination."

"I see a bright future ahead," continues Tom, "Especially for yachts that are getting bigger and bigger. It delivers a completely different silhouette for yachts when they are in port at night. We will explore all the possibilities of laser lighting via fiber optic cable. We are starting with yachts, but will definitely look at other maritime sectors as well."

Arjan: "With the combination of Fibr8 and Alewijnse, we can provide shipyards and shipping companies with the latest technologies. We think there is a lot to gain in the field of laser lighting via fiber optics, which in the future will come close to the prices of LED strips. We are always looking for innovations such as new types of profiles, depending on the needs from the market. The more questions come from the maritime sector, the more we will innovate. The possibilities are endless." 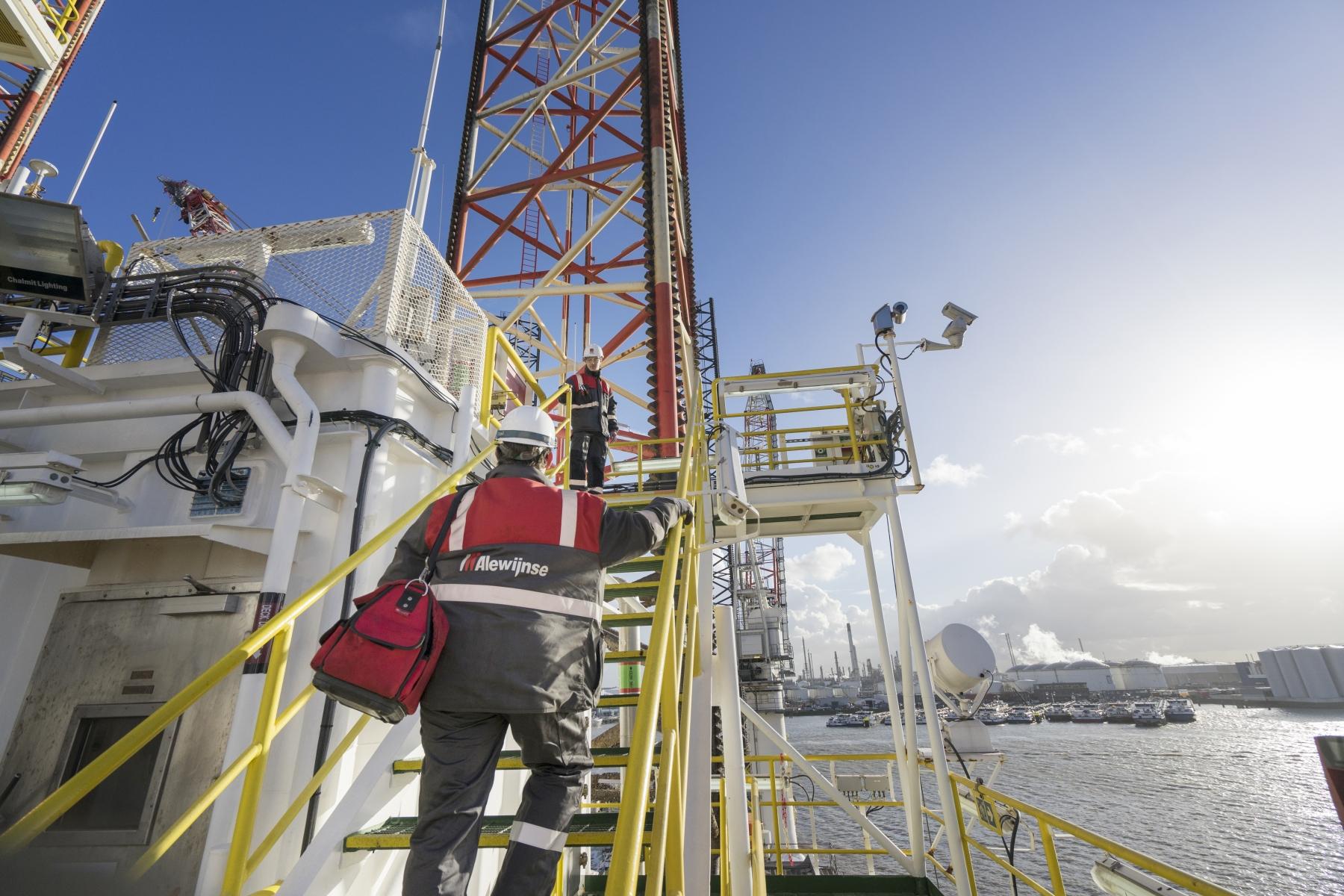 Do you need service? Our skilled service engineers are 24/7 available.

Do you immediately need a (spare) part for your system? We are happy to help you.